I wrote the following poem on November 10, 1985, in anticipation of meeting and marrying my wife. Two and a half months later, I started going out with Monica, whom I married on May 9, 1987. This poem was on the last page of the program for our wedding.

Twenty-five years later, in February of 2012, it was also on the last page of the program for Monica's funeral, and is now also on our shared headstone (see picture).

O Beautiful one who puts God first,
Whose love both causes and quenches my thirst,
It is with God, what I do with you,
As in your life, His light shines through,

For, as we hold each other and kiss,
Feeling what seems like eternal bliss,
I look at you and I realize:
I see my Lord when I look in your eyes. 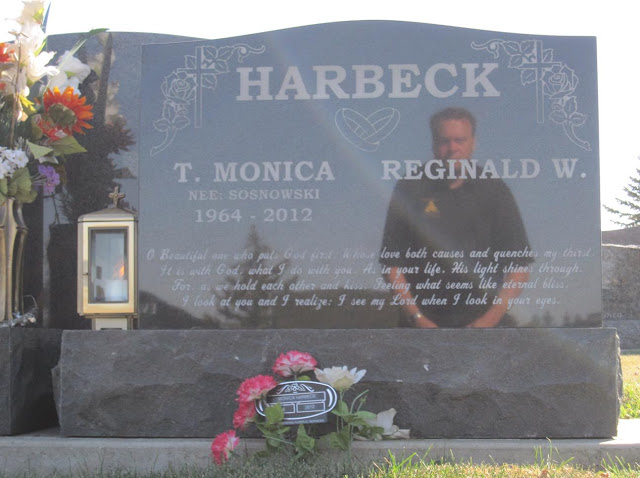